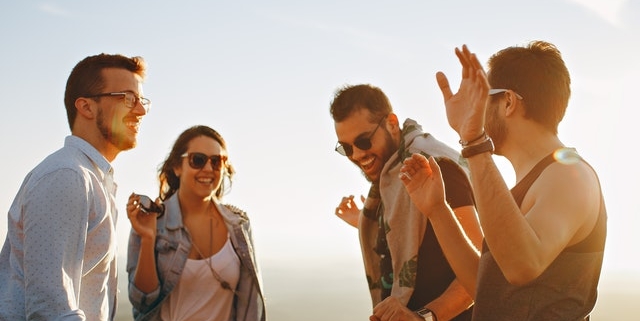 It’s safe to say that this time last year, many of us experienced a rude awakening: We were all preoccupied with and limited by “bubbles” of our own creation—so much so that, over time, we fell out of touch with reality. Regardless of where you stand on the political spectrum, everyone is affected to some extent by sophisticated and influential advertising, social media algorithms, and a natural, human, scientifically proven disposition to be among people who are like us. But now, it seems more than ever, it’s important to rise above these boundaries and become better listeners, doers, and caretakers. We need to develop more empathy and tolerance. Our collective well-being depends on it.

“Wellness” is part of the problem.

Lately, and understandably, the wellness world has been under scrutiny for being largely inaccessible to those who need it most. Until recently, it was the perfect example of a bubble: represented by one predominant race, gender, body type, and socioeconomic status.

In addition to our propensity to surround ourselves with people who look, think, work, and play like us, here are several forces working against in wellness and elsewhere, and they’ll “win” without conscious and deliberate action from us. If we rely on services to aggregate our news, for example, we’re imposed upon by the biases of the curators. By participating in social media and following accounts we like (or are like us), we’re creating the ultimate bubble, the bubble that’s defining these times. And it has a ripple effect: Where there is social media, or social-media-informed in-person events, there is ripe real estate for advertisers giving them arguably more sway than ever before. That’s not to say that advertisements are inherently bad, but they do perpetuate the bubble effect.

But it’s also part of the solution. Here’s why our bubbles need to be popped.

A love of wellness and devotion to personal and communal well-being is what can bring us together. The challenge is to overcome boundaries that rule our subconscious minds. The first step is awareness. The second is to connect to one another despite our differences.

With increased awareness of the bubble phenomenon, a few companies jumped at the opportunity to show us just how much we’ve isolated ourselves. This plugin was released directly after the election to give Facebook users a sense of how one-sided their chosen friend groups are. According to KIND, the healthy snack brand, only 5 percent of the social media population interacts with people who differ from their viewpoints. In response, they created a “Pop Your Bubble” initiative that connects Facebook users to those with profiles that specify preferences that are different from their own.

Our charge, first and foremost, is to increase empathy.

The research reveals that our charge is to connect to others who are different, be open to new experiences, and be outgoing. Several studies show that cultivating empathy for others and feelings of connectedness to the larger group are “positively correlated to psychological well-being, physical health, satisfaction with life, and perceived support of peer and adult mentors, among other things.”

One study of Japans elders measured five traits—neuroticism, extroversion, openness, agreeableness, and conscientiousness—in communal living for people over 65 and found that extroversion, openness, and conscientiousness were linked to a longer life span. Another indicated that openness and higher emotional intelligence is related to faster recovery rates in patients with coronary heart disease.

Self-care 2.0 is taking responsibility for your communities.

In this community, we are all healers. We are healers of ourselves and healers of the planet. It’s time to extend your energies to the community and make a conscious effort to outsmart the forces at play. Sign up for newsletters about things you don’t understand. Go to a performance you would never have considered. Read a book written by someone who is not like you in gender, race, sexuality, or political views. You are the company you keep.