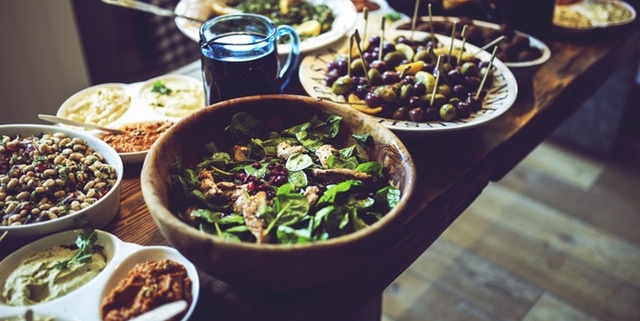 For many people the holidays are a time of joy and celebration. It is a time to gather with family and friends, catch up on each other’s lives, and share a few laughs. For most people, highlights of the holiday season includes the food and sitting down to enjoy a traditional holiday meal. For people with eating disorders, however, the holidays are often not quite so enjoyable. In fact, they can be the ultimate nightmare. For many sufferers, the holidays bring tremendous stress, anxiety, and fear.

It is common for people who suffer from eating disorders to experience an increase in symptoms of their illness as the holiday season approaches. This may be due to stress over the impending festivities and/or anticipation of the presence of challenging (often high calorie) food in the weeks to come. Many sufferers tell themselves that if they lose a few pounds prior to the holidays, they will be able to allow themselves to eat like everyone else. In reality, this approach rarely works and the eating disorder reasserts itself during the family time.

The following is an account of the holidays as written by Colleen Thompson:

“Whether it was Christmas, Easter or any other holiday, I could never relax and enjoy the day because I knew the moment would arrive when I would have to sit down at the table and face all that food. Usually with my in-laws I could get away with not eating very much. I especially liked having people over to my house, because I could keep busy in the kitchen and spend less time at the table. When I was with my own family, I would sit and eat with everyone else, but the meal was never enjoyed because I was always too busy adding up all the calories in my head and the fear of getting fat would grow stronger with each bite of food. I always looked forward to the moment I could leave, so that I could rush home and purge. The days following the holidays were just as bad. The guilt I would feel was enormous and I would feel desperate to try and make up for all the calories I had consumed. I would really restrict my intake and I would exercise more. Holidays were a time that I just never looked forward to.”

Holidays and intense periods of time spent with family can be stressful for all people, not just those who suffer from eating disorders. Holidays often place pressure on families and this pressure can result in frayed tempers. For families who have a member who is affected by an eating disorder, the pressure and resulting stress can be even greater. It is important for family members to remember that food-related situations are stressful for sufferers of eating disorders and to try above all else to remain calm and loving during fraught times.

It is an unfortunate reality that many eating disorder sufferers dread the holiday season. Fortunately, this can be improved with proper treatment. After recovery, sufferers can progress to a stage in which they enjoy and look forward to holidays once again.

In the midst of the problem however, good planning will help make the holidays a little easier. Below is a list of suggestions to help cope with the holidays: 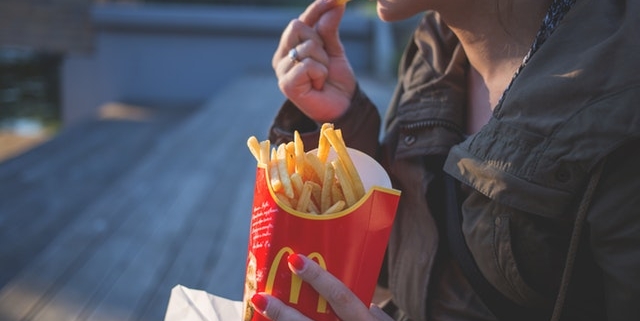 Can’t stop binge eating? I’ve been there. Once, I ate an entire 1/2 gallon of cookies and cream ice cream in one sitting. For real.

There was a time in my life when episodes like this (though maybe not quite so bad) were not uncommon. And by “not uncommon” I mean weekly – sometimes twice a week.

It’s not something I ever talked about much. After all, what girl in her right mind would brag about downing almost 2,000 calories of ice cream all by herself… all in one sitting?

There’s a ton of shame surrounding binge eating. It’s shameful because deep down we all feel like we should be able to willpower our way through it. And shameful because society says being a “good” woman means eating light salads and being happy about it.

But I’m here to say, if you’re still stuck between restriction and binging – you’re not alone. You’re just human, and it’s okay. The shame we feel about binge eating actually just keeps us trapped in the vicious cycle, so one of the most important things you can do is give yourself a little slack.

Not because binging is a healthy behavior – it honestly isn’t – but because shaming yourself isn’t healthy either. And two wrongs don’t make a right.

So, yes, for a long time I hid my binge eating from the outside world. For all the general public knew, I was a salad-loving, tofu-eating health nut.

I wouldn’t dare let on that every day I non-stop thought about all the food I shouldn’t be eating. It was a constant obsession. And at the end of the week, I would helplessly succumb to four slices of bacon pizza with extra cheese, followed by a generous slice (…or two) of cheesecake with raspberry sauce.

For a long time, I thought something was seriously wrong with me. After all, normal people didn’t do this.

Funny enough, it’s when I stopped obsessing about my eating habits that I stumbled across a real (though perhaps boring) solution for how to stop binge eating.

HOW I STOPPED BINGE EATING FOREVER

As far as I was concerned, I had no power to prevent binge eating. In those moments when my stomach felt like a bottomless pit (even when I technically felt full), willpower wasn’t even a word in my vocabulary. And I didn’t learn to stop binge eating by getting more willpower, believe me.

I also didn’t do it by distracting myself (Hungry? Go paint your fingernails! Then you can’t eat the cookies because your nails will be wet. Yeah, well, tell that to the cookie crumbs lacquered into my hot pink nails…).

Nor did I learn to stop binge eating by instead eating a piece of fruit or cheese or a raw carrot or whatever. If I wanted to binge on brownies, a carrot wasn’t going to stop me. Best case scenario? I end up eating the carrot and then the brownies. There was never once an occurrence when I ate the carrot instead of the brownies.

To be truthful, binge eating was the least of my problems a few years ago. I had acne worse than I did as a teenager. I had crazy (i.e. scary) mood swings, I couldn’t handle stress worth a hoot, and I had insomnia that left me crippled with zombie-like fatigue during the day.

There came a point when I decided enough was enough. I needed some serious health intervention and I needed it yesterday.

That’s when I changed my approach to getting healthy. I bucked against mainstream advice (because all that salad and tofu didn’t seem to be helping much). And in exploring alternative ideas to what constitutes “healthy” I also flushed out the source of my binges.

HOW TO STOP BINGE EATING… THE BORING WAY

So if you can’t stop binge eating, what is my crazy solution? Eat!

Yes, eat. Mostly real food and enough to sustain your body and your activities. And don’t exercise more than you can support with good food and good sleep.

Since back in my binge eating days, I’ve learned that the biggest key to health is… balance. I know, it’s not as exciting as an ancient berry from South America, but it’s the real thing.

I also learned that when I jumped to extremes, my health (mental and physical) suffered for it. And I learned to listen to my body, because not everything they say is “healthy” was the right choice for me.

Did you know… girls who diet are 12x more likely to binge eat? This is not a coincidence!

So I quit dieting and overexercising. I quit restricting food groups and going on restrictive diets. I quit labeling food (and by extension myself) as good or bad. And I quit working out to “work off” last night’s fettuccine alfredo.

All this did not happen overnight. It was a slow (sometimes painful) dance of two steps forward and one step back. But eventually, I was able to strike a pretty comfortable balance of eating well, enjoying a wide variety of foods in moderation, and being active in a way I really enjoy (and not overdoing it).

I knew I was on the right track because I experienced a lot of health benefits in the process.

And something else happened during this time. Without even trying – without even thinking about it – I stopped binge eating.

It didn’t happen all at once. At first, my binge eating episodes just occurred less frequently (like maybe 3-4 times per month instead of twice a week). Then a few weeks would go by without a real binge. Then a couple of months. Pretty soon my all-out binges were few and far between.

Now? I can’t even remember the last time I really binged on something. It’s been that long.

Why? Because I was finally listening to my body and giving it what it needed: plenty of quality food, good rest, and the right amount of exercise. I found my balance.

I really like the motto of Amber Rogers from Go Kaleo: “Eat the food.” I find it funny that the more I tried to control and restrict my eating, the more often I would end up binge eating and feeling out of control.

And the more I paid attention and ate what my body needed to thrive (when it comes to both nutrients and energy), the more binge eating became a thing of the past for me.

When someone says to me, “I can’t stop binge eating!” I always want to clarify what a binge really is. Eating a bowl of ice cream (even a big one) is not a binge. Neither is eating a couple pieces of pizza. These are splurges, not binges.

Splurges are totally normal and can be part of eating healthy. I still splurge on a hefty slice of cake or a couple slices of bacon pizza sometimes. (I just don’t eat the whole pizza or cake anymore.)

So remember not to sweat the small stuff and just enjoy your food!