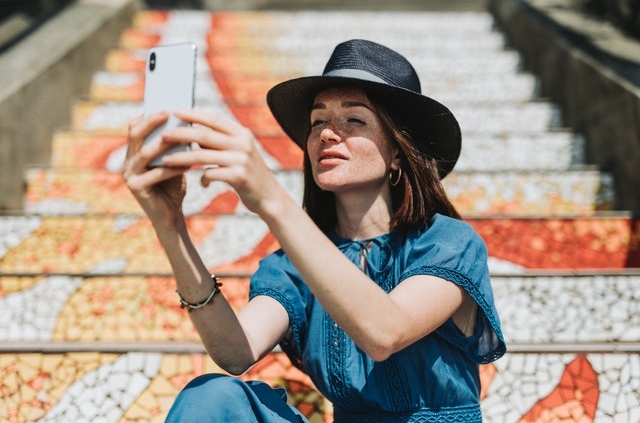 “The most fundamental harm we can do to ourselves is to remain ignorant by not having the courage to look at ourselves honestly and gently.” ~Pema Chödrön

All my life I’ve chased after success, as I was encouraged to do from a very young age.

When I was six, my father got me my first proper study desk as a gift for getting into a ‘good’ school. The type of desk that towered over a little six-year-old—complete with bookshelves and an in-built fluorescent light. In the middle of the shelf frame stuck a white sticky label inscribed with my father’s own handwriting in two languages. It read: “Work hard for better progress.”

Little did I know those words would set the tone for me and my work ethic for the next twenty years—until I finally began to question them.

Hard work became my ‘safe space’ whenever I felt insecure. When I struggled to make friends at a new school, felt rejected, or felt like I didn’t belong, I would put my head down and drown out my emotions out by working hard. It became my coping strategy.

My younger self didn’t yet have the emotional resources to deal with moving around, changing schools, and facing social rejection. When it became too painful, it was much easier to stay in my head than to feel vulnerable with my heart.

So, whenever I struggled to fit in at school, I just worked harder with the misguided belief that if I did well, then I would be celebrated. If I became impressive, then people would finally accept and like me.

And of course, my parents encouraged this behavior. I was rewarded for my hard work and I got good results for it too.

But outside of my home, nobody seemed to care about my results. I still wasn’t fitting in at school. I still didn’t have many friends. My strategy didn’t seem to be working.

So I worked even harder.

By the time I graduated from University, I had completely bought into society’s definition of being ‘impressive’ without even questioning it once. If it was a prize everyone wanted, I wanted it too.

My definition of being ‘impressive’ expanded to include looking good, dressing well, staying fit, and making good money in a highly-competitive field, even if I had zero passion for that profession.

By then, I’d long forgotten the reasons why I wanted to work hard to be impressive in the first place, other than “That’s just who I am.”

I was drifting further and further away from my true self, and I didn’t even know it.

For the next ten years, I spent a lot of my waking hours working as a financial analyst, studying for more degrees and certification, and chasing after the next shiny thing so I could sound even more impressive to others. Plus, I was making a decent income while doing so. Tick.

While on the surface I ticked a lot of those “impressive” boxes I had set out for myself, on the inside I felt emptier than ever. On the outside I looked successful, but on the inside, I felt like a complete failure.

What Happens When Your True Self Calls You to Come Back

Cracks started to emerge both in my work and in myself. It became challenging to fully show up for work as I increasingly asked myself: “What am I doing here?”

A soft inner voice whispered, “It’s time to get out of here, you’re not meant to be in finance. What are you doing here?” So I began questioning what I was doing with my life. I mean, if not that, what was I meant to do? I’d invested so much of my time and energy into my profession; I couldn’t just change directions. And who was this voice anyway? Where was it coming from?

My fake enthusiasm became harder and harder to keep up. This sinking feeling became more visceral by the day, and the feeling of not belonging in my workplace became increasingly obvious.

Yet I swallowed those feelings down with gritted teeth and kept pushing. Because what else was I meant to do if not keep persisting?

When I suddenly got fired it was an abrupt wakeup call. I needed to challenge everything I believed in and confront those big questions I’d put off answering for so long: “Who am I really?” and “What am I really about?”

What I Learned Through My Four-Year Journey of Self-Discovery

I spent the next couple of years immersing myself in a whole range of subjects that covered different angles on self-knowledge, in an attempt to answer the question “Who am I?”

But what started as a business journey quickly morphed into an inner-transformational journey that became deeply personal.

This deep inner work allowed me to reconnect to my internal guidance system and my true self once more.

Through this process I was able to take a good look at myself, confront my shadow side, heal my wounds of rejection, and forgive everyone involved, including myself.

As I’ve come home to my true self, I’ve realized a few things about the cost of chasing impressiveness:

When we chase after something external, we lose self-connection.

When I heard that soft, loving voice inside my head, it was a small glimpse of spiritual awakening. It was a momentary connection to my inner mentor’s light that seeped through my deep dark fog of disconnection.

We all have our own inner mentor, but we have choose to listen to it instead of trying to be who we think we’re supposed to be.

When we trust others more than we trust ourselves, we can end up giving our personal power away.

If we believe that the answers we seek lie outside of ourselves, we can forget to check in to see what’s true for us each individually. The more weight we put on other people’s opinions, the less we trust our own inner knowing.

People can only speak to what they know based on their own perspective, background, and life experiences. When we allow other people’s opinions to overpower the choices our true selves would otherwise make, we end up giving away our personal power.

I’ve found that it doesn’t matter how many well-meaning opinions we get; we need to find what resonates with us the most by checking in with our inner authority—which means going against what we learned growing up, when we were trained to ignore our inner voice and do what we were told.

The pursuit of ‘impressiveness’ is a hunger that can never be satisfied.

When we keep chasing after ‘impressiveness,’ we are in fact on a hedonic treadmill of always wanting more. As soon as we achieve one thing, we fixate on the next. We keep wanting bigger, better, and more.

As soon as we attain or do something, suddenly what we have isn’t good enough anymore, and so we must now keep up. We fall into the comparison trap. The external goalpost keeps moving. We keep looking over our shoulders to see how we’re tracking against everyone, and it becomes a tireless pursuit of keeping up with the Joneses with no real end in sight.

Every ‘win’ is temporary.

We mistakenly see ‘impressiveness’ as proof that we’re worthy of love.

When we chase after ‘impressiveness’ we’re really chasing after validation, approval, and a sense of belonging. We think, “If I can be impressive then I can be accepted.” We want others to look up to us, praise us, and ultimately, love us.

However, the pursuit gets dangerous when we buy into the false belief that we have to work hard in order to prove we are worthy of love; that we need to become ‘impressive’ through our accomplishments and produce tangible proof of our worthiness.

I’ve noticed that a lot of high achievers, like myself, have bought into this belief, possibly due to the achievement-oriented upbringing we were exposed to from a very young age.

The danger is that it can become an acquisition addiction, and an arms race to get more degrees, more cars, more houses, more shoes, more toys, and so on.

We can become addicted to buying ‘cool’ things to impress other people, or work ourselves to the bone just to get those long lists of accolades instead of recognizing that we are inherently worthy of love. Regardless of what we have or have achieved.

We risk losing our individuality.

When we chase after external validation and approval, we compromise who we really are in exchange for more respect, more likes, more kudos from our peers. We showcase a more curated, ‘acceptable’ version of ourselves to the world, and we hide other parts of ourselves that we think might be rejected by others. Even worse, we end up chasing after things we don’t even really want.

Some of us inherit strong beliefs about what ‘success’ means and some of us strive toward pre-approved categories of impressiveness as defined by society, without checking in once to see whether these pathways to ‘success’ fit in with our true selves.

In the end, we lose our individuality—the essence of who we really are.

It requires self-connection to recognize what is true for us versus what is conditioned into us. It requires even more courage to step outside of these pre-approved paths to ‘impressiveness’ and live a life that aligns with our true selves.

How to Reclaim Your Authentic Self

I’ve discovered that breaking free from the illusion of ‘impressiveness’ and reclaiming your true self is really a constant two-step dance between recognition and courage.

1. Recognition
To reclaim your authentic self you have to recognize that you have disconnected from who you really are in the first place. Your achievements, your accomplishments, all the cool stuff that you own, and even your toned physique—they’re not who you really are.

2. Courage to be your true self
We have to have courage to stand in our truth and be our authentic selves. Recognition alone is not enough. For many of us, it’s the fear of disapproval that holds us back from stepping out of those curated, pre-approved categories that we have created for ourselves, and fully owning who we are, in all our beautiful, strange glory.

My wish is that this becomes your permission slip to fully step into who you really are and own it. Being your true self requires tremendous courage, but it’s worth it. And having the courage to fully embrace your true individuality in all its quirkiness? That’s impressive.