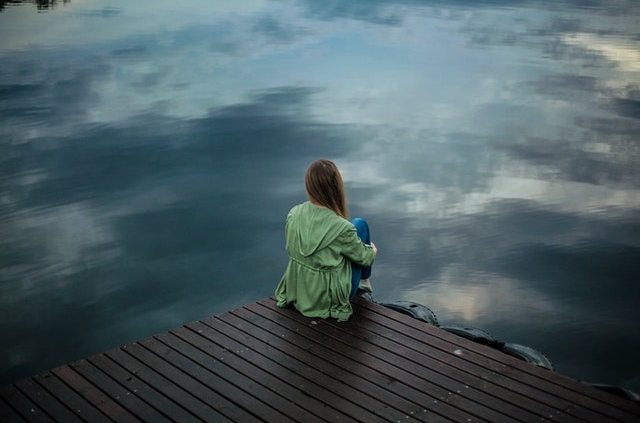 Perfectionism is defined as a personality trait characterized by efforts toward and desires for flawlessness. Perfectionists set unrealistically high standards for themselves, others, or both. Although perfectionism can boost performance in some cases, it often undermines the achievement of goals when people succumb to highly critical attitudes.

Those with high perfection concerns overreact to errors, often second-guess their actions, experience discrepancy between their actual self and their ideal self, and fear disapproval from others. On the other hand, perfectionistic striving is associated with self-oriented perfectionism. This person typically holds lofty goals and has internalized expectations of success and productivity; this may be associated with higher achievement.

Unpacking the Links Between Depression and Perfectionism
Although there have been previous studies investigating links between perfectionism and depressive symptoms, it’s unclear exactly in what ways they connect.

The study found key relationships between various aspects of perfectionism, and depression, including:

1. Perfectionistic concerns can lead to increased depressive symptoms over time.

People with elevated perfectionist concerns perceive and encounter more negative social interactions, which often leads to social disconnection and, in turn, depressive symptoms. They also are at risk for depressive symptoms due to a propensity to generate—and respond poorly to—stress. Overall, expecting nothing less than perfection from yourself can set you up for failure; this translates to how stress is handled and can negatively infect interactions with others.

3. People high in perfectionistic concerns may see themselves as having less emotional control.

For many people with high perfectionistic concerns, experiencing depressive symptoms itself may be seen as a failure of emotional control. This translates into additional pressures to meet expectations and heightened concerns about failures and making mistakes. Depression can easily influence the person and their emotions, translating into a loss of control over the self which goes against the notion of being perfect.

4. Unrealistic goals can lead to a higher frequency of perceived failures.

5. People with self-oriented perfectionism are more vulnerable to depressive symptoms.

As with any research, there are limitations. There is a lack of research on the role perfectionism takes in diagnosed depressive disorders. This study used self-report measures that could be inaccurate or distorted; this is especially true when studying perfectionistic people. Prospective studies with different treatment arms, looking at interventions and outcomes rather than looking back at self-report measures, are likely required to understand more fully what might bring relief.

People with perfectionistic concerns become locked into a cruel loop in which obsession drives depression and especially low self-esteem and helplessness, which in turn intensifies maladaptive perfectionism coping strategies. Learning strategies to reduce self-criticism and ease unrealistic expectations, including psychotherapy and meditation-based approaches including self-compassion practice, can help to interrupt maladaptive thought patterns and shift toward a kinder, gentler attitude toward oneself and others.

Treating depression, likewise, can ease perfectionism by removing many of the drivers of perfectionistic concern. Generally shifting one’s mindset over time, with broad attitudes and values as well as changing day-to-day habits, can change the world and the way we live in it.

Want more help with your perfectionism? Email us at info@hillarycounseling.com to schedule a complimentary 30-minute consultation.Let us help you “Live A Life You Love.”